Having grown tired of the fragility of outdoor furniture in the corrosive, humid climate of her Miami residence, Florence Knoll sensed it was time to innovate. “Why can’t we make a chair that actually works?” she wrote to Richard Schultz, referring to the rusty chair bolts she’d included with her letter. The bolts highlighted a key problem plaguing outdoor furniture of the time, one that Schultz immediately set out to resolve. In 1966, The Leisure Collection was born, beginning a lifelong dedication to crafting designs that are equal parts timeless and enduring – qualities that have become synonymous with the collections that bear his name.

Perhaps one of the most important underlying factors in Schultz’s seemingly limitless capacity for successfully executing out-of-the-box designs was the empowering influence of his boss, Florence Knoll, whose philosophy was that “good design is good business”. 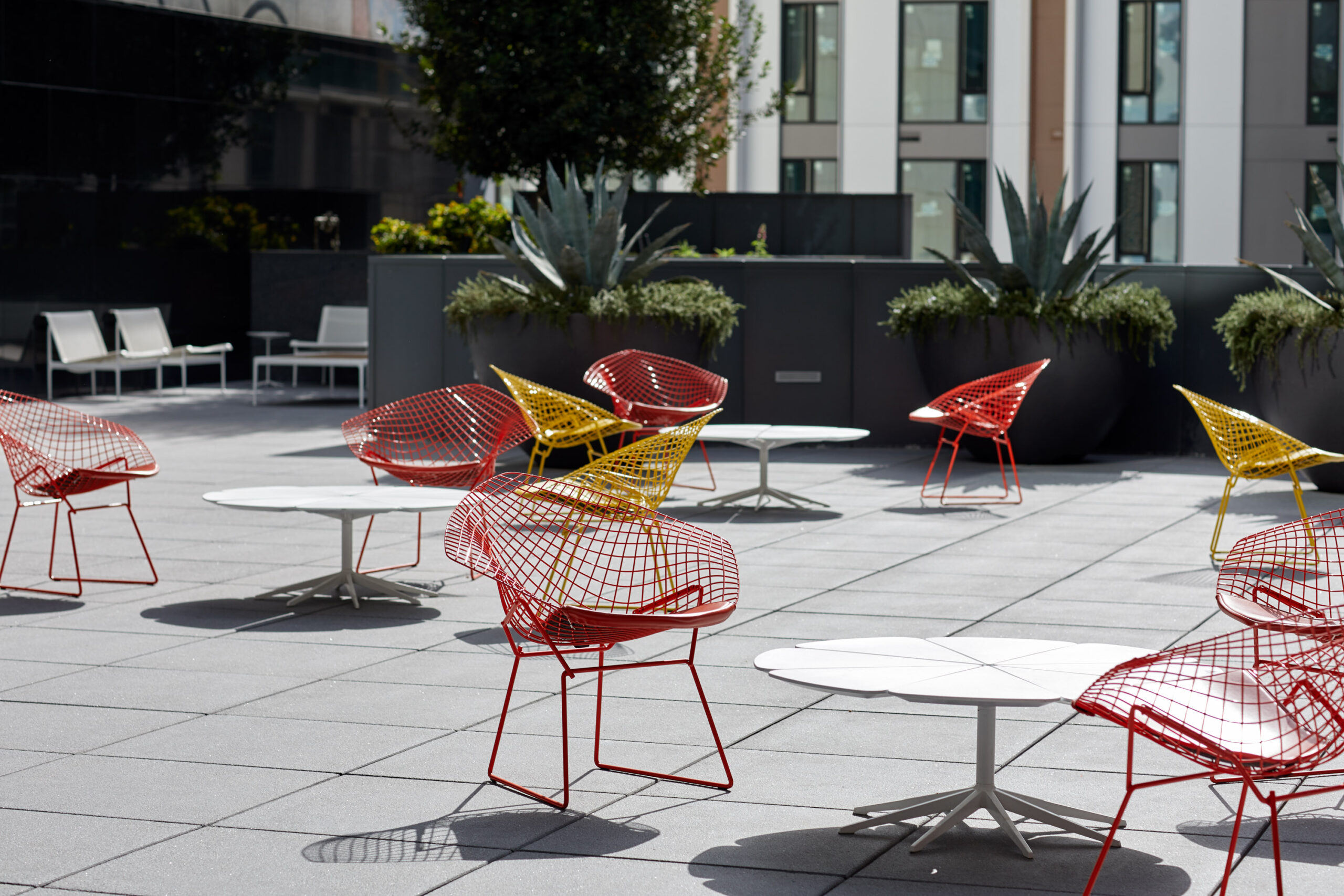 In his book, ‘Form Follows Technique: A Design Manifesto‘, Schultz wrote about the principles that guided his work. “There was no market for such designs. There was no style that existed that architects and designers were trying to fit into. We lived in the present and we were inventing it as we went along.”

Nowhere is the essence of this philosophy more evident than in the Petal Collection, Mr. Schultz’s breakthrough masterpiece at Knoll. Inspired by Queen Anne’s lace, a wildflower herb growing on his Pennsylvania farm, a flower-like tabletop sprouts from an elegant pedestal base. Beyond its arresting aesthetic, the brilliance of the design lies in the fact that each individual “petal” contracts and expands independently,  ensuring stability and resilience in changing weather conditions. 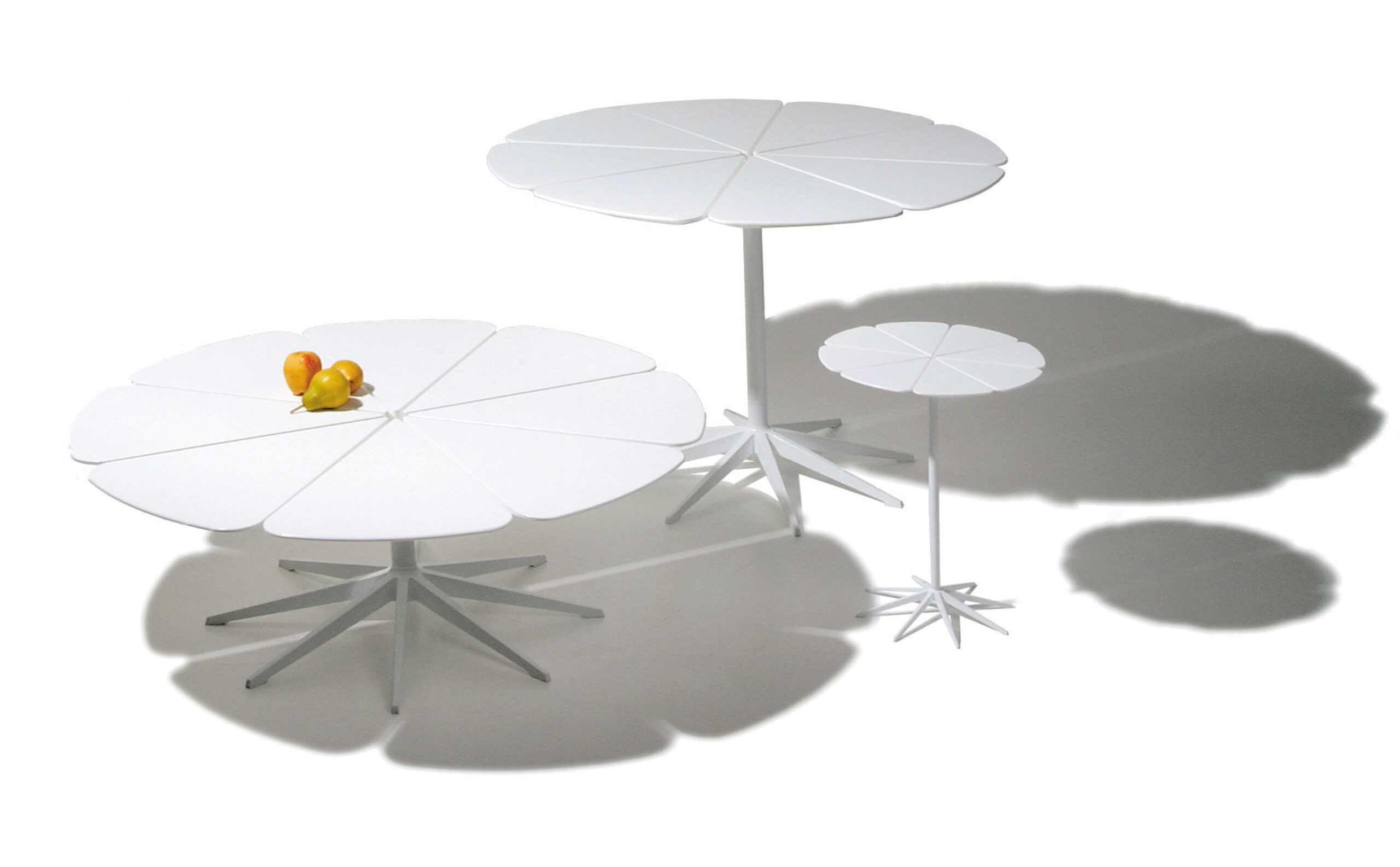 The 1966 Collection was a pioneering achievement. 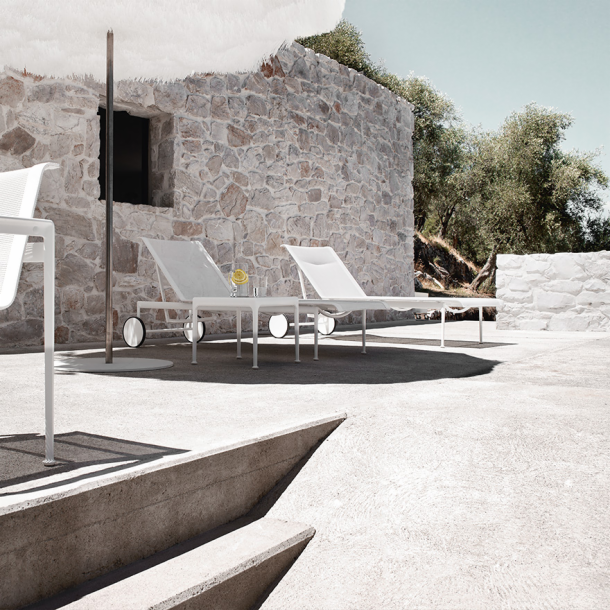 –
The Adjustable Chaise Lounge next to the 1966 End Table from Knoll. Richard Schultz 1966 Collection

Regarded as the first truly modern collection of outdoor furniture, Richard Schultz’s 1966 Collection stands the test of time, both in terms of its aforementioned durability, but also as a concept. Although it was initially introduced while he was a member of the Knoll family, The Leisure Collection was eventually taken out of production after Schultz left the company in 1972 to work as a freelance designer. Out on his own, he started Richard Schultz Design in 1992 with his son Peter, an architect. Together they began releasing new works, while also re-engineering and re-releasing some of his previous designs. One was The Leisure Collection, which Mr. Schultz aptly renamed The 1966 Collection, after its birth year. 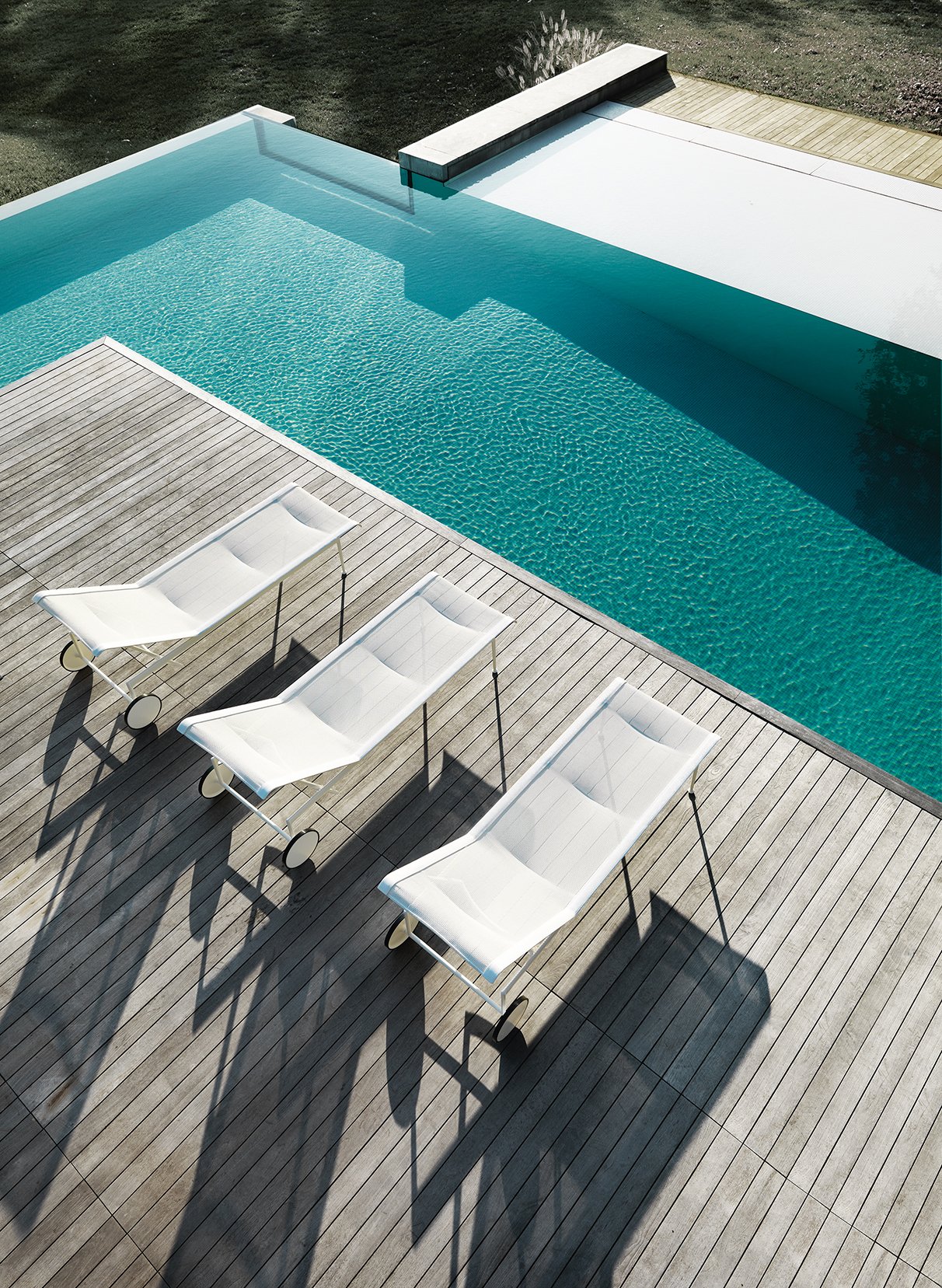 The Knoll family was made whole once again in 2012 when it acquired Richard Schultz Design, and its complete catalogue along with it. The 1966 Collection remains one of Knoll’s most successful to this day.

The complete Richard Schultz collection from Knoll is available at Livingspace Interiors in Vancouver, B.C.