When George Nelson joined Herman Miller as chief architect in 1942, he never could have imagined the impact his contributions would have on the interior design community in the half-century to come. Sometimes credited with reinventing the nature of work through its revolutionary office and workspace furniture design, one could be forgiven for overlooking the company’s equally impressive and illustrious history as leaders in the home furnishings arena.

Prior to 1930, Herman Miller’s operation was a relatively small, unknown one, exclusively manufacturing wood furniture at the company’s headquarters in Zeeland, Michigan. However, the threat of financial ruin following the Great Depression prompted the expansion of the company’s product line, kicking off an era of cutting-edge innovation in modern furniture design that today extends around the world. Under the inspired leadership of George Nelson, the brand rocketed to worldwide prominence thanks to the contributions of visionaries Charles & Ray Eames, Isamu Noguchi, among countless others, whose many designs continue to be regarded as central to industrial design today. 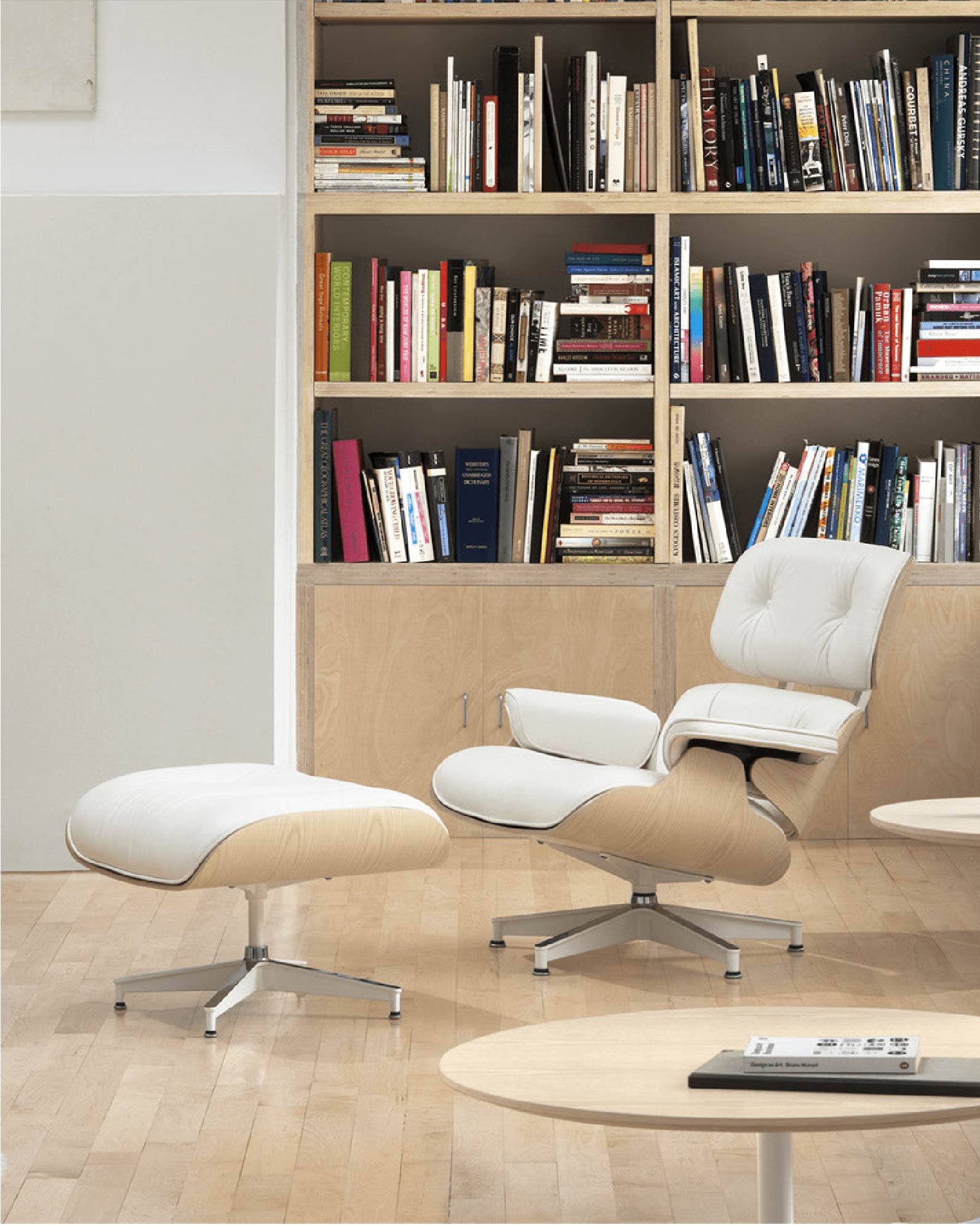 An enduring icon that needs no introduction, this set was first introduced in 1956 and remains one of the most significant furniture designs to this day. Its place as a regular fixture in the homes and offices of the cultural elite in popular culture in the 1990’s and onward paved the way for its evolution from exclusivity in the homes of a discerning few to aspirational household name.

In a reference sure to date anyone who recognizes it, the renown radio psychiatrist Dr. Frasier Crane of 1993’s Seattle-based sitcom ‘Frasier’ summed it up perfectly while reluctantly ending things in typical outrageous fashion with a professionally-compromising love interest by declaring, “Do you think I don’t want to pick you up right now, carry you over to that Eames Classic and show you why it’s best engineered chair in the world?” Indeed, Doctor Crane.

The Eames Lounge Chair & Ottoman has undergone several updates since its introduction, with sustainable Palisander, Walnut, Ebony and White Ash replacing the over-utilized Brazilian rosewood of the original design, and is available in a wide variety of MCL leather and Mohair Supreme upholstery. 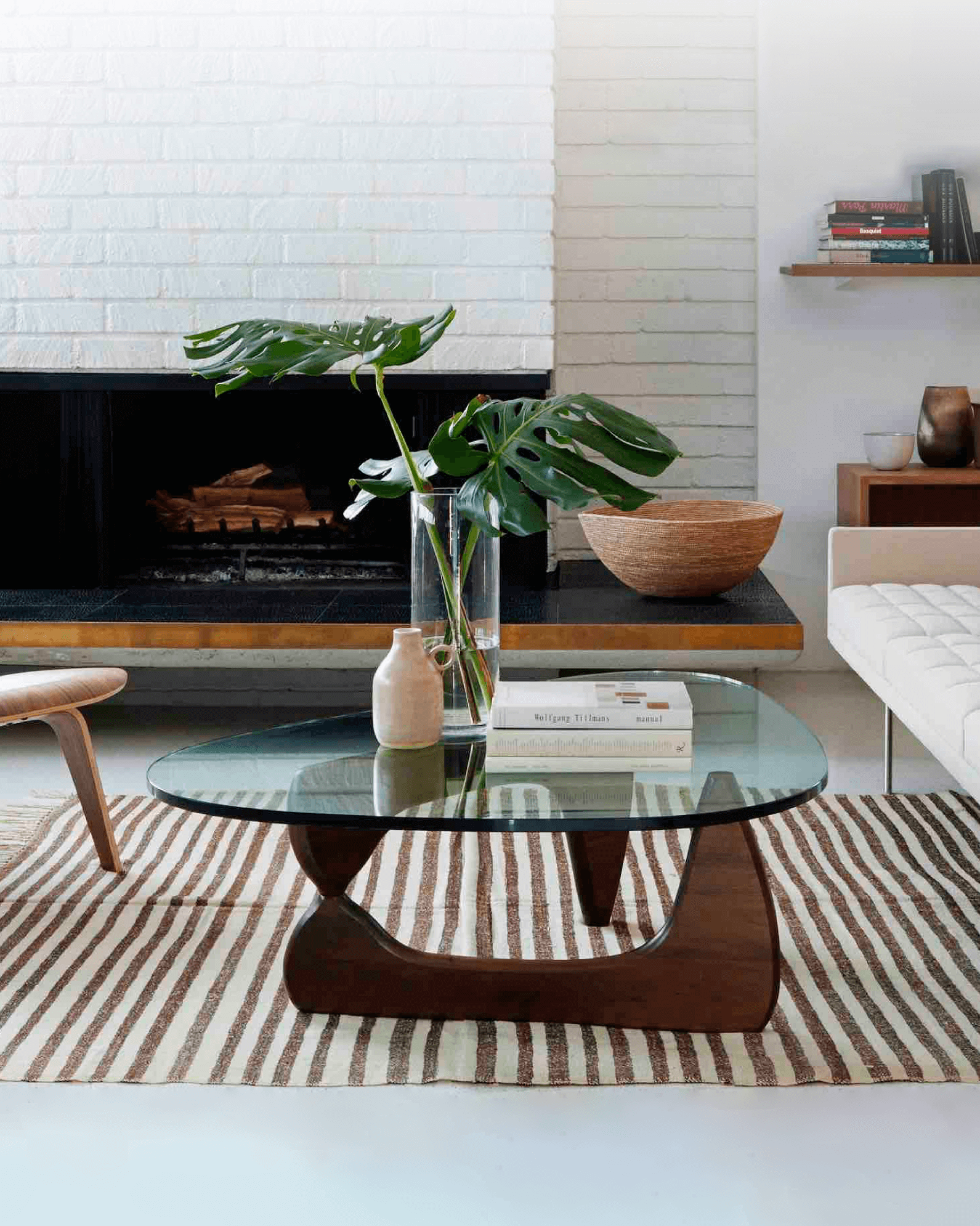 –
The Noguchi Coffee Table in walnut base.

An instant collectible, the Noguchi Table is one of Herman Miller’s most successful designs. Originally introduced in 1948, this biomorphic icon was inspired by Isamu Noguchi’s 1939 design of a similar table for A. Conger Goodyear, then president of the Museum of Modern Art. The Noguchi Coffee Table is available in Walnut, White Ash, Natural White Oak and Black finishes. 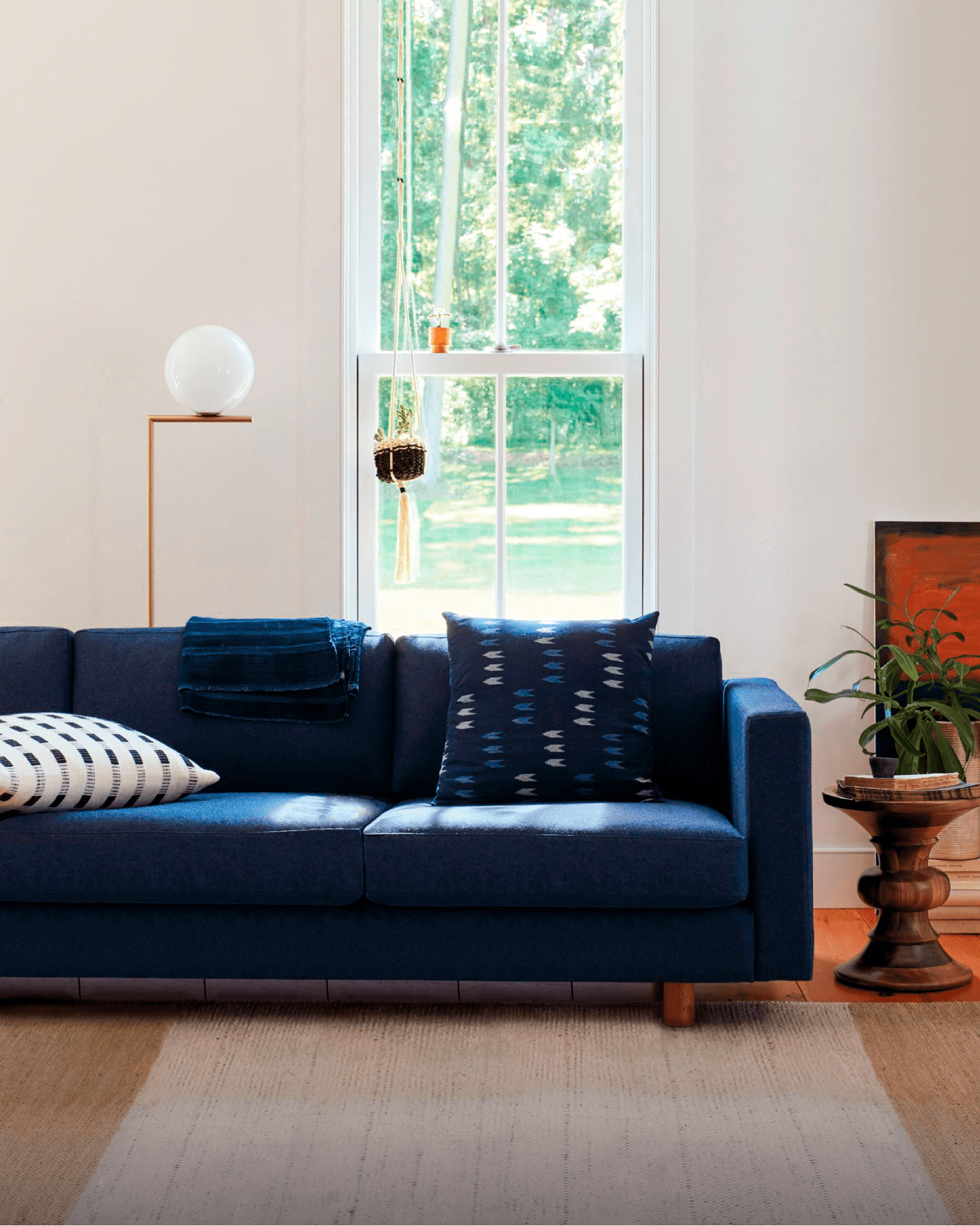 Designed in 2018 by architect Neil Logan exclusively for an art collector who wanted an elegant, unimposing sofa that retained an air of contemporary sophistication while being soft enough to sink into, the design proved so versatile that Herman Miller decided to put it into production. Lispenard features a low-profile canted back for optimal support at just the right angle, feather blend cushions and wooden legs in a variety of fabrics and finishes.

The full range of Herman Miller designs is available now at the Livingspace showroom in Vancouver.